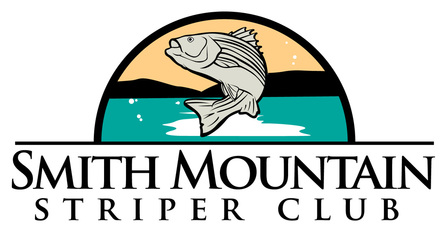 January Club Meeting - 1/6 - We'll do a "make-up" on our annual reports that we had to skip in November due to an unplanned absense by our President.  We'll also discuss the latest fishing reports and have an open discussion on what you the membership want to see in 2017 from the Club

Striper Mafia March Madness Tournament - 3/18  - The Club is a proud sponsor of the Striper Mafia Tournament Series - come out and support these events or help the Club in their activities around the tournament - more details at www.SMLStriperMafia.com

Striper Mafia Spring Fling Tournament - 4/22 - The Club is a proud sponsor of the Striper Mafia Tournament Series - come out and support these events or help the Club in their activities around the tournament - more details at www.SMLStriperMafia.com 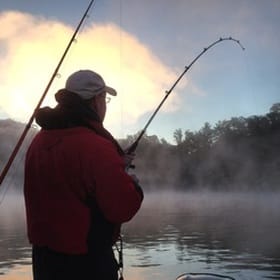 Happy New Year!  2017 is here - and I'm looking forward to a great year for the Club.   We had a good 2016 with lots of activities and involvement by members and I'm hoping that will continue in the New Year.

Back in December you should have received an email from Andre' Peery with your 2017 membership renewal form.  If you've not already returned this, please do so as soon as possible so that we can save on postage costs for mailing of the forms.

We also want to hear from you on what topics you'd like to see covered in our meetings & newsletters this year.   If you know of a good speaker, let us know.   I'd like to have us do more hands-on things again this year so would like to get your input on ideas for that - and even better for you to volunteer to assist with a topic in a meeting.  Please drop me an email or call - or talk with me at a meeting.  Remember - this Club is YOUR Club - it is what YOU make it - let's work together to make it a great one for 2017!
​
​Fish On!  -  Mike Ward

November was our annual Chili dinner & was supposed to be our annual reports - but due to a last minute change of plans we had to post-pone that portion to January.   However we did have Capt. Kathy Franceschini on-hand to share tipes & tricks for Striper fishing with the Club.

The Smith Mountain Striper Club Board of Directors for 2017 are:
Club Officers will be elected by the Board during the January Board Meeting.  Please give these individuals your support this year and do not hesitate to reach out to any of them with ideas, concerns or thoughts on how you can get involved.

The 2016/17 Striper Mafia tournament series continued with the Winter Classic on 12/3 with 45 teams participating, along with a good number of Club members.  SMSC members had a great showing in the event with members taking 4 of the 5 top places - Jason Lawrence from Team Lawrence taking 2nd place as well as Big Fish, Kurt Hammerschmidt of Team Live Bait JunkEE taking 3rd, Harley Cox of Team Prime Time taking 4th and John Kissella of Team STRIKE ZONE taking 5th (and his wife Renee is currently leading the Ladies Competition).

Participants also donated many toys to contribute to the collection being taking by Sea Tow & Lake Christian Ministries - the generosity of our angler community is overwhelming.

As a reminder, The Doug Hill Preservation award, along with a $1000 cash prize, will be presented to the team which catches (and release) the longest fish of the overall series thanks to a generous donation from an anonymous Club member.  For those of you who do not know Doug, he was one of the original founding members of the Striper Club, and if it had not been for the dedicated effort of he and others, we would not have this striper fishery to enjoy today.

The next event will be held on March 18th.  Entry fee is $100 per boat with an optional $25 big fish entry.  The final event of the season will then be held on April 22, 2017.  Registration for the March or other events can be done on-line at: http://www.smlstripermafia.com/registration.html

If you have not already, please renew your SMSC Membershup for 2017.  We trust you find value in your membership and it is also an important way that you can show support for the Striper fishery on Smith Mountain Lake.

You should have received an email in December from Andre' Peery with your renewal form - but if not, you can download and mail in the form from the Website at: http://www.smithmountainstriperclub.com/membership.html  (or use the form at the end of this newsletter)

Water temperatures are dropping with the surface temps on the lake generally in the mid to upper 40's at this point.   A few fish remain in the creeks, but they have not been as prevelant as in years past in late December & early January.   There still may be an opportunity to catch a few fish in the creeks using live bait, with the front 1/2 of the creeks generally being more productive.   We have an incredible number of "dollar-bill" shad in the lake currently - as a result fishing with them can be a little challenging since there are so many around - larger shad seem to produce better, but they are much harder to locate and catch currently.

Most anglers are focusing on the main lake channel in January and Febuary as the fish school up and work deep bait.   The gulls can help lead you to the fish, but on the Roanoke side focus on the area from the Halesford Bridge up to R47 or so - but that does not mean there will not be a pack roaming in the upper end of the lake or the lower ends.   Similar patterns should exist on the Blackwater side.

Downlining alewifes can produce, but with challenge of catching bait in freezing temperatures, many anglers will focus on jigging - using spoons or flukes on 3/8 - 3/4 jig-heads.  For flukes, a subtile, "dead-stick" type motion is often much more productive than an aggressive jigging action.

However, if there is a bit of wind pushing you and it is difficult to keep your jig directly straight down, then switch over to 83 kHz and the 60 degree cone - you'll be able to see an area in width (at the bottom) roughly equivalent in width to the depth you are in.
​ This can help you keep better track of your jig - of course your jig could be many feet away from the fish you are marking (maybe that's why you're not getting bit when you think you are banging the jig on the fish's head).

Also - when fishing in close proximity to other anglers you will often pick up interference from other sonar units if they are using the same frequency.  Switching frequencies will usually elimiate this, allowing you to focus on your jig and the fish under your boat.

Weather: partly cloudy turning partly sunny - temps in low 40's rising into the low 50's, little to no wind
Water: 47, visibility of a few feet
Techniques: freeline planers bank-side with two decent 9-10" gizzards and the rest dollar-bill sized (or smaller) gizzards (3), light-line out the back and for a while one freeline planer on the deep side.

We had a WILD New Year's Eve by watching a movie as a family, eating some snacks & drinking multiple diet cokes. So, I got a late start and was not on the water until about 7:45 after retying some rods.

I pulled the back half of my creek to start the morning without a sniff - didn't see any bait either. I decided I'd make a move down lake to see if I could find some birds and as I was starting to come out of my creek I saw some flying around and noticed a guy on his dock reeling in a striper. I hung around the mouth of the creek a while and marked some fast-moving pods of fish - dropped a jig down a few times - hung a jig in a tree.... and then decided it was time to move on and look for other birds.

Ran down the lake a ways and saw a few other boats out looking as well, but didn't find any birds so after a quick pull in the back of a near-by creek I turned tail and headed back up the lake to where I'd fished the night before and had my butt handed to me - was time for some revenge. Started there about 10am and pulled the bank in the front of the creek a while without any action so I picked up and moved further deeper into the creek and setup again. About the time I was pulling across a blow-down there was a boil and then the board with one of my two "larger" gizzards (maybe 10") dove - fish on!  First Fish of 2017! 34.25" & 15 lbs!
Worked that stretch of bank for the next hour or two and picked up three more stripers and missed one or two. My other "bigger" bait was the next to go - but fortunately the fish were willing to eat the dollar-bills as well.... however the size dropped with each catch - had a 30" / 9 lber and a pair of twins at 8 lbs & 29".  Late morning I moved back to pull the front part of the creek on my way out - hoping that the fish had showed back there or were hungry - but all I could pull out of there were a couple of largemouth..... one of which skidded on top of the water as I reeled it straight in - why do folks chase these green fish???  I called it a morning just after noon and headed back to the house - got 2017 off on the right foot and looking forward to see what this year brings! 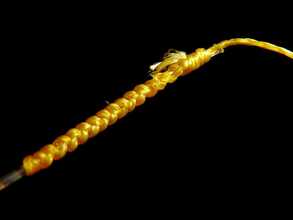 With a lot of focus in the winter being on artificial lures - jigging flukes, spoons or other - we're often asked what is a good knot to join braid to a flurocarbon leader.   I've used a double uni-knot with success for several years, but recently the FG knot has received popularity for its very low profile and ease of casting through rods with smaller eyes.  This "knot" is pretty much the fishing version of a "Chinese Finger Trap" - weaving the braid in a fashion that it traps the leader material and tension on the braid holds the leader that miuch tighter.  This knot seems complex to tie, but it can actually be pretty easy - but instead of trying to describe it here, we feel the best way is to watch it - so we're going to give you some homework on this one - jump over to YouTube and watch this video - you'll thank me for it... 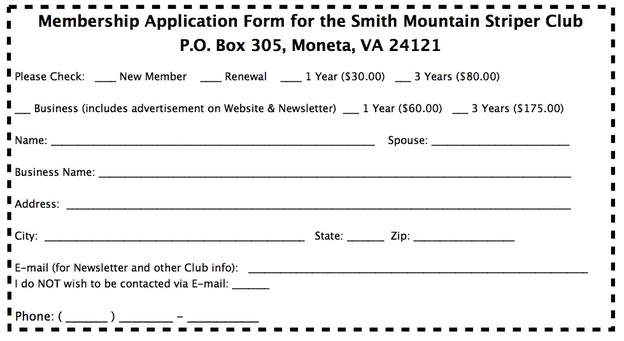